Our story begins in 1922 when half a dozen tennis enthusiasts decided to form a club. It started in Neasden with four hired grass courts under the leadership of the late John Hess. The young club progressed quickly and soon encompassed six hired courts.

In 1931 the grounds on which the courts were situated were sold to a speculator and it became obvious that we needed to build our own. A school sports ground was found in Wellgarth Road and the Chandos Lawn Tennis Club Limited Memorandum and Articles of Association were incorporated on 16th February 1934.

In April 1934 the Club opened with six hard courts, a pavilion, canteen and hot and cold showers. It was a lovely sight, and best of all, they were our own. We soon had a full membership and a waiting list, until the War compelled us to close down in 1941.

The Club was able to re-open in 1946 and the demand for membership was such that in 1952 it was necessary to lay down two additional courts, and to build an extension to the existing pavilion. The membership was limited to 250 seniors and 120 juniors.

Seven of our junior members and nine senior members have qualified for Wimbledon! They include Angela Buxton who in 1956 was runner up in the Ladies Singles and won the Ladies Doubles Winner with Althea Gibson and Bobby Wilson, who, in addition to reaching four singles quarter finals between 1958 and 1963 is still the most capped Davis Cup player for Great Britain. We have two outstanding veterans in Lennie Lawrence and Stanley Jacobson (who won 8 National titles). Bundy Reynolds, a member and coach throughout the 1970’s and ’80’s was the world over-75 Champion.

In 1965 we had great pleasure in hosting the Davis Cup Tie between Great Britain and Israel. This prestigious international event was organised by the LTA in conjunction with a special committee under the chairmanship of Keith Gilbert, Board Director and member of Chandos.

An indoor facility was developed in 1992 and three courts have recently been floodlit. We have also carried out a major upgrade of our clubhouse, with new changing rooms and a welcoming bar and coffee shop. Our members, many of whom have been with us since that famous Davis Cup Tie, are of the view that our club is in the best shape of its illustrious life. We are committed to excellence and look forward to contributing to British tennis for many generations to come. 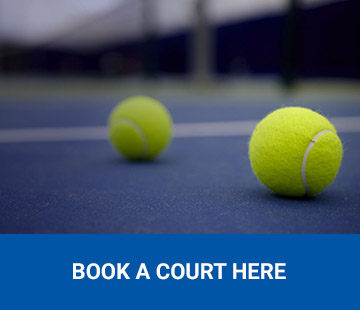